A highway in Ireland was rerouted around a fairy location

Look at this vocabulary before you read and listen to the article:

fairy (n): an imaginary creature in the form of a very small (often winged) human, with magical powers.

to up root (v): pull something, especially a tree or plant) out of the ground

yarn (n): a long or rambling story, especially one that is implausible

mischievous (adj): someone who likes to cause problems or play tricks on others

hawthorn bush (n): typically a small tree with stiff thorns. The hawthorn is known in Ireland as the fairy tree.

Eddie Lenihan is a well-known seanachaí. He has written numerous books and very importantly has recorded the tales of an older Irish generation, which otherwise would have been lost. These are often stories about fairies and the beliefs that the older generations had about them.

But the fairies in these stories have nothing in common with the tooth fairy and the stories can often be quite dark and gruesome. You don’t mess with the fairies as the consequences can be catastrophic.

So this brings me to what for me is a great story where back in 1999 Eddie single-handedly saved a fairy bush from being up rooted by road builders in Co. Clare. The case made world-wide news, featuring in the New York Times, on CNN, as well as on several European national TV networks and received much public support. The authorities finally agreed to reroute the new highway and the bush is still standing.

As bizarre as this may seem and as a great storyteller, Eddie could be accused of just being theatrical but in fact he is a serious folklorist. Having obtained an MA in phonetics in which you have to be absolutely precise, he translates that precision into his storytelling. Although he says that the people he collects the stories from are indeed tremendous people, he always follows up the story as he says: “It could be someone just telling you a yarn”.

But why would you reroute a highway around a fairy bush?. A man who didn’t believe in fairies, just to prove a point, planted spuds in a fairy fort and died a ferocious, horrible death. Bit by bit his skin fell off, his teeth fell out, his nails fell out. He died in stages. The fairy fort still exists today. Nobody has interfered with it as the locals know the story.

Eddie says that people in Ireland say that they don’t believe the old tales of the fairies and their shoemakers, the leprechauns. “They laugh at you, it’s not sophisticated but subconsciously, they believe”.

Experts at the University College’s folklore department agree with Eddie and say: “It’s a passive belief and it includes a lot of young, well educated people. There is a reluctance to interfere in things which have an association with the fairies or with the other world. We would all rather be safe than sorry. People are not taking unnecessary chances. Life is complicated enough”.

If I were the civil engineer who had to make the call on whether or not to go around the hawthorn bush, I know what I would do. Reroute please! 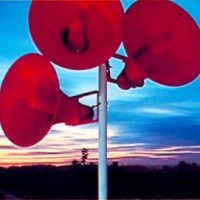 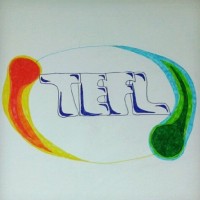